Effects of Daphnia Magna on algae and duckweed in various aquatic environments. 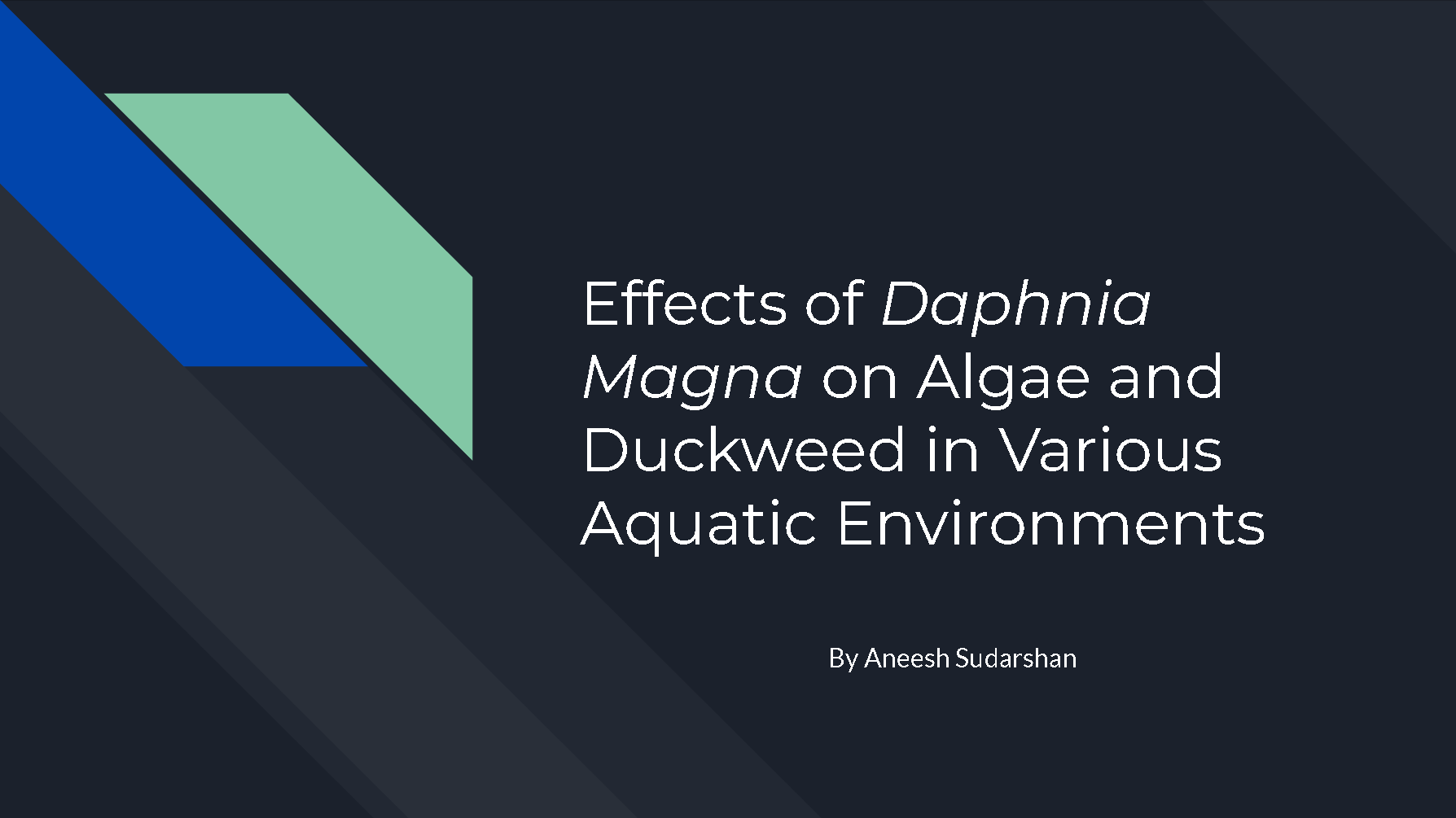 Duckweed is a common type of aquatic plant that floats upon the surface of non-moving bodies of water, providing an important source of food for fish and waterfowl. Algae serves as a basic source of food for small organisms. Daphnia are also known to consume algae when other food sources are exhausted. Fertilizer, which was only applied to certain tanks, provides more nutrients for the growth of aquatic plant life.

This experiment took a comprehensive approach to analyze the interaction between these subcomponents found in aquatic environments. The experiment explored the remedial ability of Daphnia and Duckweed to remove compounds from fertilizer runoff in an ecosystem. Numerous experimental groups were created with varying levels of duckweed, daphnia, algae, and fertilizer concentrations and were observed over a 2 month time period. Quantitative data collected included the proliferation of duckweed, the density of algae, and the survivorship of daphnia.

The daphnia likely consumed more algae in the presence of fertilizer, allowing algae amounts to remain relatively constant despite the increase in algae growth from the presence of fertilizer. However, duckweed grew far more rapidly in the tanks with fertilizer, causing more growth with longer roots. Daphnia continually surviving in environments with large amounts of algae also acquired a whitish color and reduced in size significantly.

This can be extended to cleaning algae blooms in lakes through the use of daphnia.

Purpose: Observe the effects of presence of Daphnia and Fertilizer on algae and duckweed in various aquatic environments.

Hypothesis: Algae and Duckweed will grow more rapidly in the prescience of fertilizer.