Team Vantage - Giving a robot a meaningful sense of it's surroundings 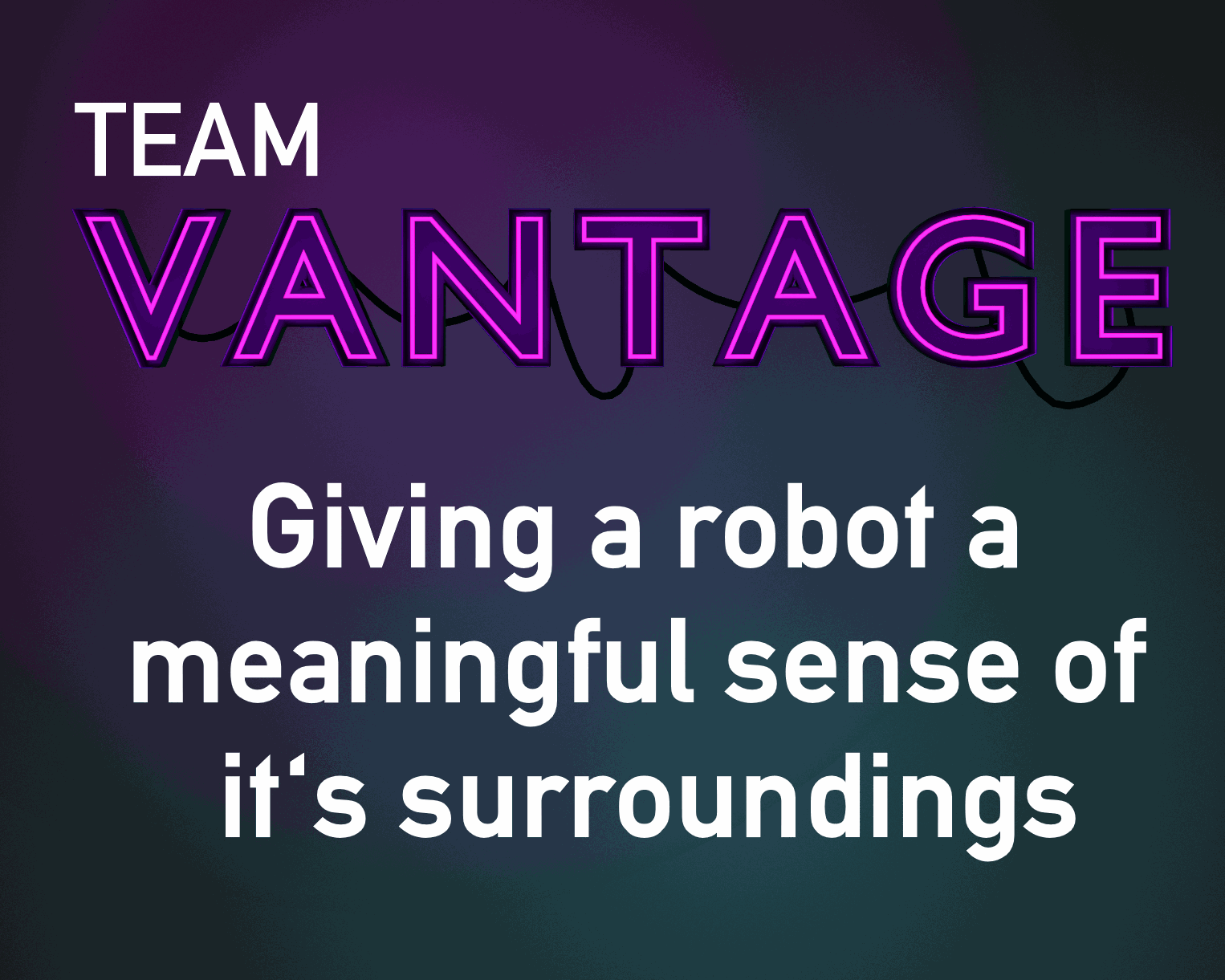 This study asked the question: Is it possible to create a cheap soccer robot - with a limited amount of sensors compared to most competitive robots - that is capable of scoring a goal from any position? While this project was also a hardware challenge, it was mostly a software challenge in order to get the robot to function properly. The study started by creating the robot's environment in python, where we could simulate algorithms without having to re-charge batteries or having to replace broken parts. Algorithms were then created and tested in this environment. These algorithms tried to make the robot point towards the goal, and go behind the ball if in front of it. After this, the main algorithm was implemented into the robot (though the position estimation could not be tested as we do not have a field), and it was successfully able to track and go behind the ball, pushing it into the "goal" in front of it. While there is no quantitative data to analyze, this study shows the importance of software, and that it is possible to build a somewhat cheap robot that can be easily assembled. While better hardware could be used to make the robot better, this study proved that software can replace hardware in some areas. In conclusion, the robot meets Robocup Junior standards, and is able to function on the field.