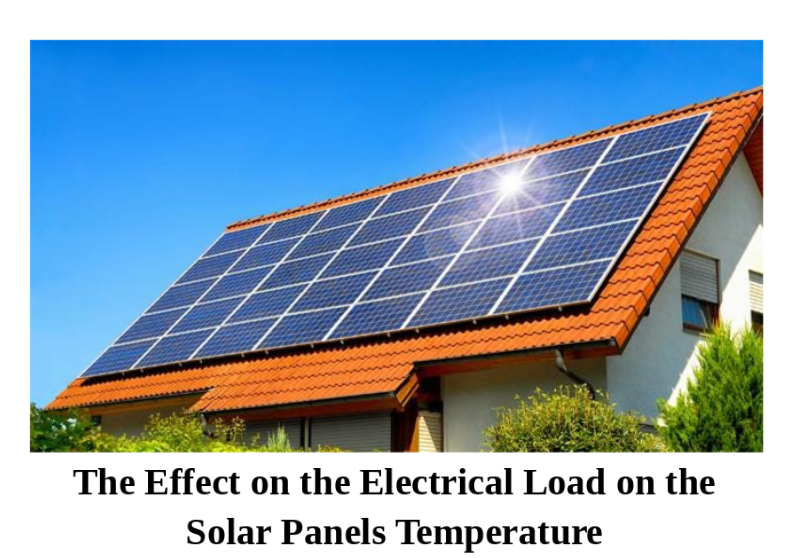 When a ray of light hits the silicon solar cell it knocks an electron off and with the help of a conductor, the electron flows into the circuit and generates electricity. The electrical load refers to the energy removed from the solar panel.

In order to perform and complete my project, I first needed to assemble all my systems. That included connecting the wires of my thermocouple, volt meter and amp meter to a tiny 2x2cm silicon solar cell. After the voltage and amps were measured I needed to find power. To find the power for each trial I multiplied the volts and amps recorded for that trial.

This experiment was the first time I truly worked with solar cells one on one. I learned about how they worked and the benefits that came with using it. The result of my project was also one that was not expected by most. A majority of predictions I came across claimed that since the solar cell did more work to increase its electrical load (which is true) the temperature would logically heat up therefore increasing the temperature. But according to my results, the temperature decreased because there was now less energy being extracted from the solar cell. The outcome of my project proved that the previous statement was false. It almost goes against logic if you do not think about it carefully.

The most challenging part of my project was truly grasping the concept of how a solar panel worked in the first place. It took many weeks to absorb the information I read and be able to explain it in my own terms. This resulted in me almost giving up and choosing a new project topic completely. I overcame this by devoting my time to watching crash courses of solar panels for dummies. It definitely was not the best experience at first but it proved worthwhile in the long run. Overall this project taught me not to give up. I am quite stubborn and it took some self convincing to get over my pride and inability to understand the material at first to persevere and complete the project.

If I were to do this project again, I would complete it in a more temperature controlled environment. The project was done in my basement, with a colder room temperature and windows. I believe this could of slighted impacted the temperature of the solar cell.

Working on this project inspired some future ideas. For instance I find the topic of solar panels more interesting and plane to do more future research. I am also curious as to see if type of light (incandescent, LED, etc) and its electrical load has an effect on the solar cell's temperature.

During the quarantine of COVID-19, my interest in solar panels peaked. I was motivated to do more research on the functions of a solar panel because I did not have much to do at home. Eventually, with my research and experiment combined I managed to form it into a science project.