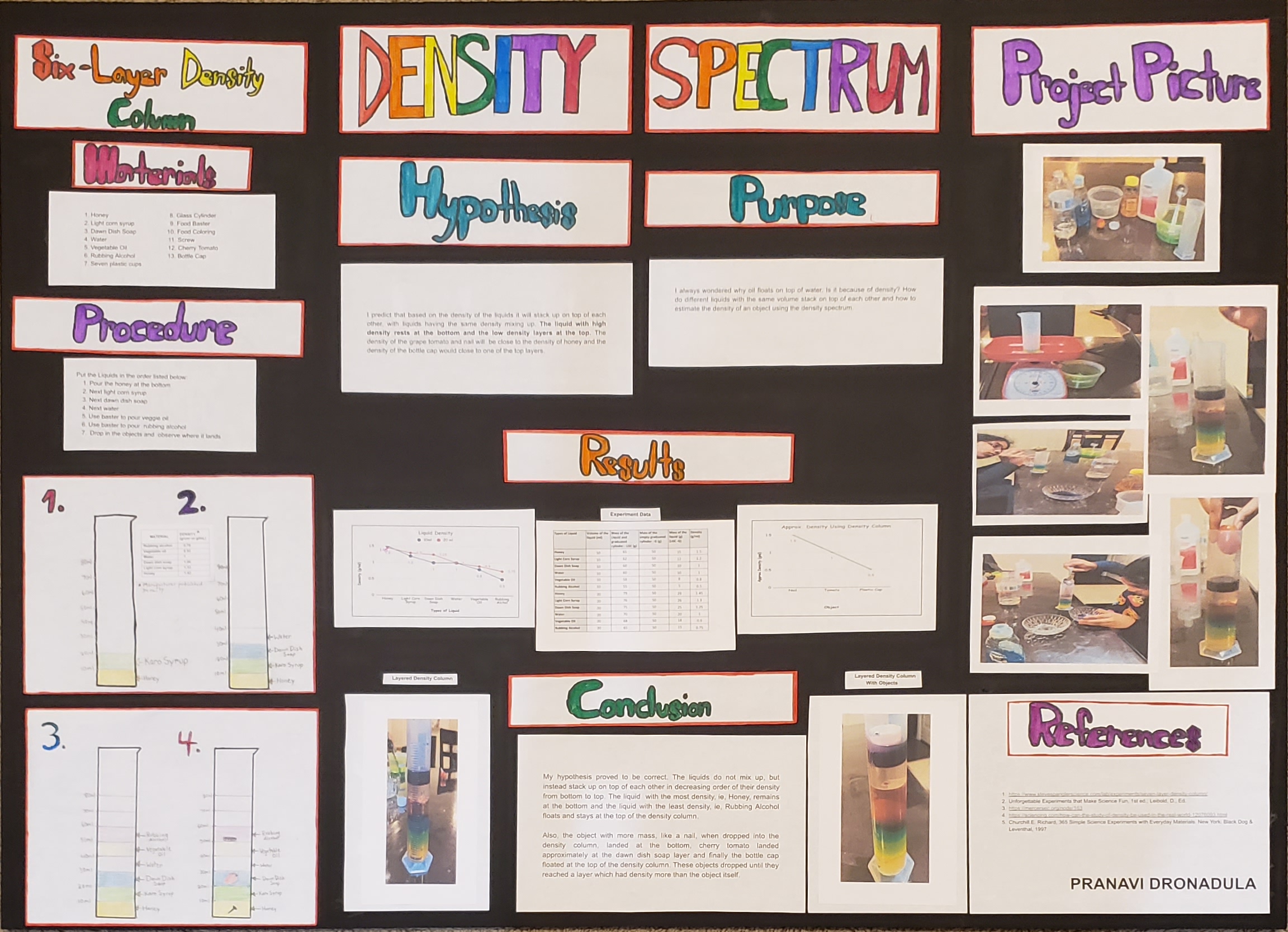 My experiment and study was to determine the effect of density when different liquids are stacked on top of each other. I alsoestimate the density of some objects dropped gently into the density column based on the layer where it lands. The big question I had was when the liquids are stacked on top of each other, they do not mix, instead they layer neatly on top of each other. In this project, I analyze how this happens and data to support the analysis. Result of the experiments was that the liquids stack on top of each other and do not mix up. Theobject (nail) with more mass dropped landed at the bottom, cherry tomato landed approximately at the dawn dish soap layer and finally the bottle cap floated at the top of the density column. To conclude, the different liquids stacked because of their density. The liquid with heaviest density sank to the bottom, and layered up in the decreasingorder from bottom to top. The objects dropped until they reached a layer which had more density than the object itself.

Purpose: I always wondered why does oil float on top of water. Is it because of density? How does different liquids with the same volume stack on top of each other and how to estimate the density of an object using the density spectrum.

• Always have an adult with you to help you during your experiment.

• Rubbing alcohol is flammable, so it must be kept away from any open flames or heat.

• Conduct this experiment in a well-ventilated area